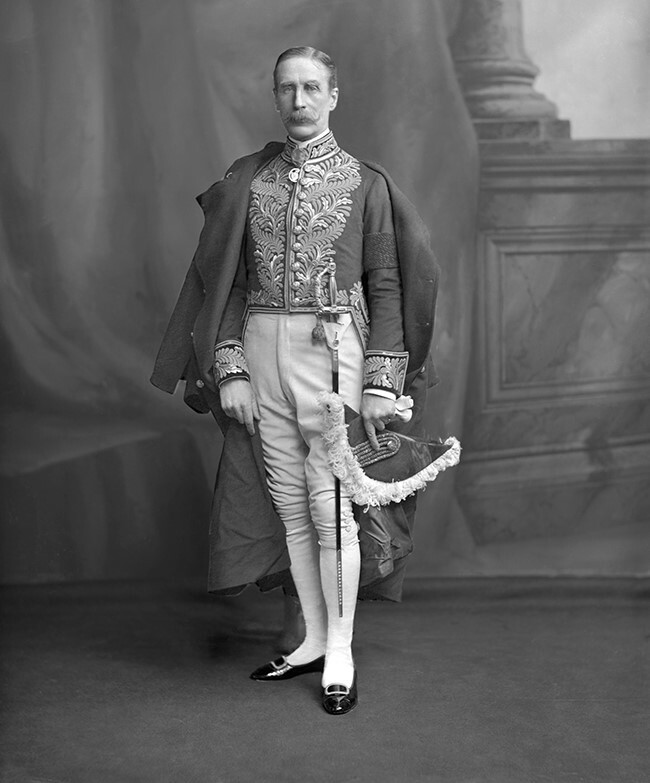 The above photograph of Sir Herbert Eustace Maxwell was taken at The Lafayette studio, 179 New Bond Street, London on 1st April 1901 (the second picture being an inset). The original negative of which is to be found at The Victoria & Albert Museum, Cromwell Rd, London SW7 2RL.

A nine-buttoned dark blue high-collar jacket with gold oak-leaf embroidery on the chest, cuffs and long tails; white breeches, stockings and gloves. Sir Herbert carries a cocked hat edged with ostrich feathers, as well as treble gold bullion loop and tassels. Over his shoulders is a scarlet lined blue cloth cloak. As the Court was still in Mourning, Sir Herbert wears a Black Crape Band, 3¼  inches wide, above the elbow on his left arm. The regulations for dress at court also specified that the breeches be made from a white woollen cloth called Kerseymere, with three covered buttons at the knees, the hose of white silk, the shoes of black patent leather, the sword of regulation pattern with black scabbard and gilt mountings, sword knot of gold lace strap with bullion tassel and sword belt of white web, with white cloth frog. 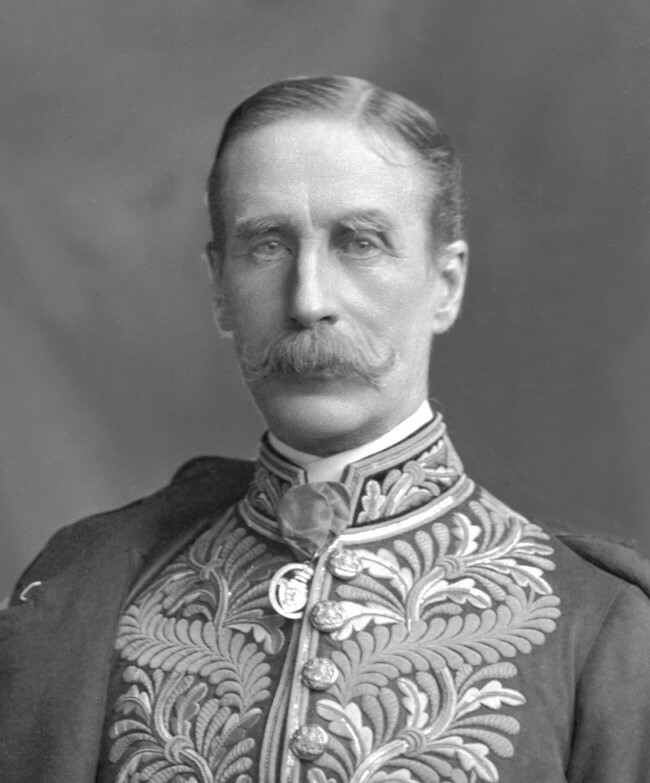 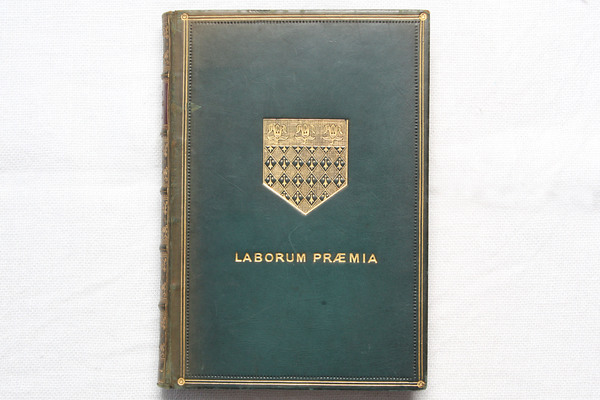 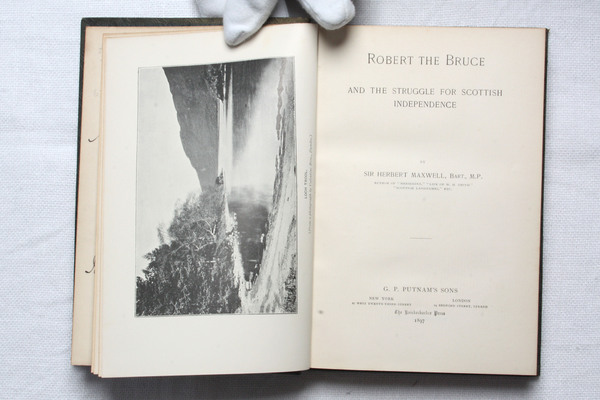 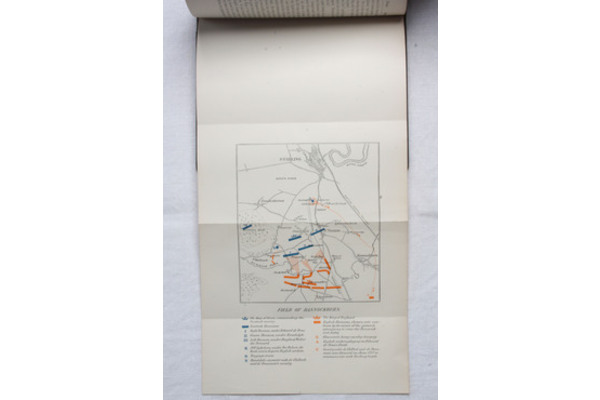 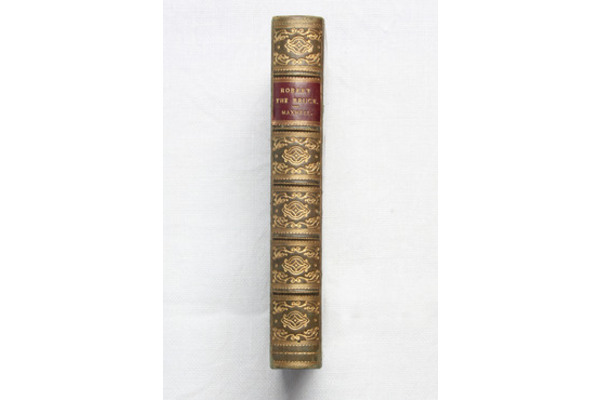 The Royal Order of Scotland is an unincorporated body with its headquarters at 23 St John Street, Edinburgh.
Log in | Powered by White Fuse